A little bit about us

The Pie Bakery was founded by local lad Matt Cunnah in 2011, and has become a roaring success locally, with rave reviews from customers and in the press. Matt’s captured the hearts of Hull with his gourmet pies and s’rolls, and these days his brand, known simply as ‘Pie’, is one of Hull & East Yorkshire’s most well known and well loved brands. They’re even now known affectionately as ‘The Pie of the Tiger’ since their pies became available at the KCOM Stadium. 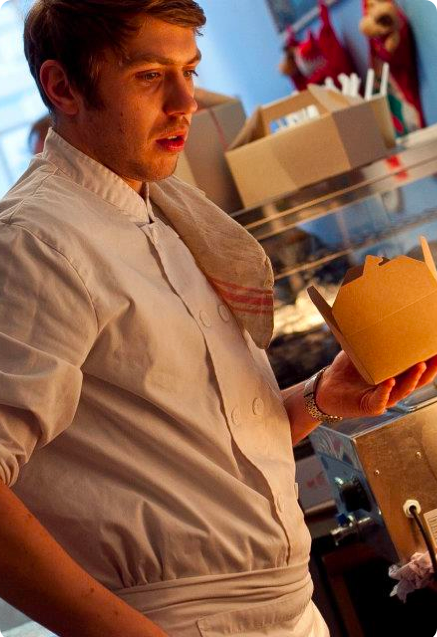 How it all
started

The original plan was a deli – I’d always wanted to have my own deli and utilise my experience as a Chef.

Following a few years of being in bands, making tunes and working as a Chef, I went off to France and then Canada to ski and work in restaurants and chalets. After a year of living in Canada, I went to a Thanksgiving meal and wanted to splice a British classic with a Canadian staple, so I made a BBQ Pulled Pork Pie. Everyone totally loved it.

When I finally returned to the UK, I didn’t want to just fall back into my old life; I wanted to do something different. So, I started a deli in Hull’s Old Town selling gourmet sandwiches, olive pots, and homemade soups and stews, but it quickly became obvious that the pies we sold were the stars of the show. We had people flocking from all over the city to come and try them, and within a few months we were No. 1 on TripAdvisor. 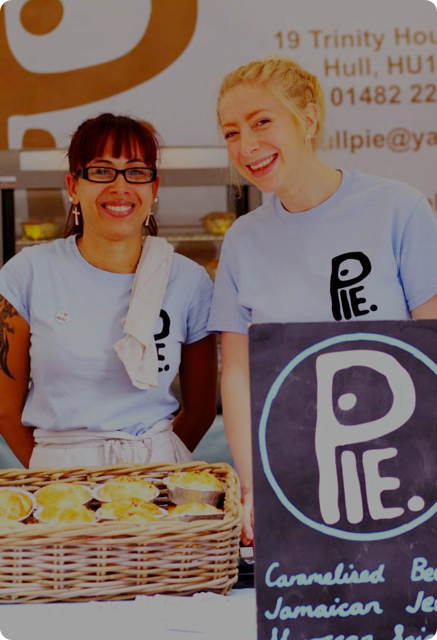 The first event I worked was Yum Food Festival in 2014, and it was brilliant. We had cobbled the stall together with old bits of equipment and everything was wobbling around. I spilt gravy all over myself. I remember uttering a few choice words about my beloved!

But Matt and Jim who worked in the kitchen with him worked their absolute socks off to bake enough pies for the event, and once it got going I couldn’t believe the response. It was so exciting to witness the buzz about these products firsthand by talking to customers and handling the huge queues!

On the first day we sold out, and again on the second day. We brought extra pies down to the event but we had to keep some back to ensure we could manage all three days. It was a manic and heady few days.

Since then, we’ve drastically improved our events set-up and traded at major events across the region. The shifts are long and hot work but it’s exhilarating and immensely rewarding serving the queues and hearing the passionate feedback from our customers.

In 2015 we won the Remarkable East Yorkshire Tourism Award for Best Food Provider. We’d spent the past few years getting quite a lot of publicity and building quite a following, and when we got nominated I thought it was amazing, but then when they read out our name as the winner, I just couldn’t believe it.

We were up against some really prominent big businesses in Yorkshire and I was sure one of them would win. But that proved to be the first in a series of awards.

After winning the REYTA, we then went on to win at the Hull BID Awards, Made In Hull Awards, we’ve classed with a number of our pies in the British Pie Awards. We’ve continued our winning streak ever since, recently winning Best Free From product at the Yorkshire Post Taste Awards for our Gluten Free Succulent Steak Pie, but the REYTA was the first and it really meant a lot to us.

“I’d have to say it’s the BBQ Pulled Pork. It’s one of the reasons I started the business, it’s one of the most innovative flavours and it just tastes so good.

Ever since we started, it’s been one of the most popular choices on our menu, which is why we’ve now included it in our gluten free range as well.”

“Well, we’ve been trading since November 2011, and I would say I’ve had at least one pie on average every day since then, excluding the occasional Sunday. So, maybe around 1800.”

We use cookies on our website to give you the most relevant experience by remembering your preferences and repeat visits. By clicking “Accept All”, you consent to the use of ALL the cookies. However, you may visit "Cookie Settings" to provide a controlled consent.
Cookie SettingsAccept All
Manage consent

This website uses cookies to improve your experience while you navigate through the website. Out of these, the cookies that are categorized as necessary are stored on your browser as they are essential for the working of basic functionalities of the website. We also use third-party cookies that help us analyze and understand how you use this website. These cookies will be stored in your browser only with your consent. You also have the option to opt-out of these cookies. But opting out of some of these cookies may affect your browsing experience.
Necessary Always Enabled
Necessary cookies are absolutely essential for the website to function properly. These cookies ensure basic functionalities and security features of the website, anonymously.
Functional
Functional cookies help to perform certain functionalities like sharing the content of the website on social media platforms, collect feedbacks, and other third-party features.
Performance
Performance cookies are used to understand and analyze the key performance indexes of the website which helps in delivering a better user experience for the visitors.
Analytics
Analytical cookies are used to understand how visitors interact with the website. These cookies help provide information on metrics the number of visitors, bounce rate, traffic source, etc.
Advertisement
Advertisement cookies are used to provide visitors with relevant ads and marketing campaigns. These cookies track visitors across websites and collect information to provide customized ads.
Others
Other uncategorized cookies are those that are being analyzed and have not been classified into a category as yet.
SAVE & ACCEPT